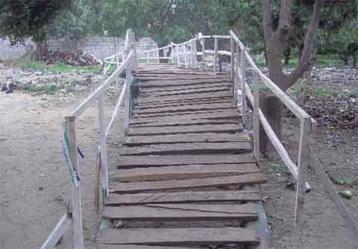 The West Coast Region villagers of Nema Kunku and feeder road users that linked Latrikunda Sabiji-Sukuta will breadth a shy of relief as the youths of Nema Kunku formally inaugurated a makeshift bridge.

The bridge is meant to enhance the movement of residents of the area, who had endured difficulties using the stretch in the previous years, especially during the rainy season.


Speaking at the occasion, a resident of the area, Aji Fatou Jaw, highlighted the problems they used to face before the construction of the bridge.

She said: “Women in particular suffered a lot each time they pass through the road on their way to go to the market.”

She commended the youths for their intervention, which to her would go a long way in making life easy for the residents of Nema Kunku and other road users.

Malick Secka, a youth leader in the area said that as good citizens, they took it upon themselves to embark on constructing a makeshift bridge to ease the difficulties people encounter.

Speaking earlier, a representative of the Kanifing Municipal Council (KMC), Ansumana Fatty, said the bridge will enhance the movement of people including those from Sukuta who come to Latrikunda market for their daily needs.

Fatty commended the youths of the area for taking the bull by the horn, noting; “It every Gambian youth’s responsibility to contribute to national development.”

He concluded by thanking the elders of the community for the tremendous support given to the youths.


Volunteerism and mentorship is lacking in The Gambia. However, the youth of The Gambia and the United States of America under the banner of Service for Peace launched a two-week annual voluntary service.


The theme of the event is called ‘Volunteerism, a key to sustainable development’. The week event will be held at the Bakau Newtown Community Center.

The initiative, which is coordinated and supervised by Beverly Berndt fondly called Aunty Bev. The annual programme that brings to the country young volunteers from the United States to work with their Gambian counterparts – Side By Side Organisation The Gambia, and Service For Peace.


This year, a total of 12 volunteers made it up to the summer services in The Gambia, and in the coming weeks, they will render the much needed humanitarian service to diverse sectors in The Gambia; ranging from education, environment and health, awareness creation, amongst others.

Kombo Youth Committee elects new leaders
Four major positions that were vacant in the Kombo East District Youth Alliance have been filled during an extraordinary congress convened on over the weekend at the Kuloro skills center.

The election of these four youth into office was necessitated after the positions were announced vacant. Lamin Jammeh the former vice chairperson elevated into the position of the chairmanship, while Mbayam Touray replaced him as the vice chairperson. Sanna Badjie was elected  the secretary while  Muhammed L Bojang comes in as assistant secretary.

After elected into office, all four newly elected members of the district youth committee vowed to make efforts to represent the interest of the young people of Kombo East upto the next congress.

At the gathering, the new members were reminded of the herculean challenges they will be faced with; ranging from voluntary sacrificing of their energy and time to honesty in the service. Young people of Kombo East are critically acclaimed of having gained not only regional but also national respect in their efforts in youth development and empowerment. 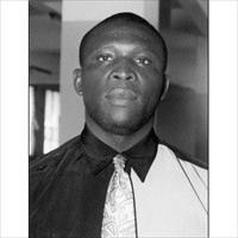 
Gambian youth are left to wonder around the streets or the beaches during summer; something that worries parents and stakeholders.

In a bid to keep the youth busy in the summer vacation, the camp aims to bringing one hundred youths from across the nation and engage them on a host of activities such as sports, education and religion at the Independence Stadium in Bakau.

The deputy director of sports said that his department has sent forms to all the regions. He said each region should send in ten participants aged 10-15, while his department will provide 15 participants. He also noted that child fund, the Gambia is asked to provide 10 children while the remaining five comes from outside.

Mr Faye, however, said sporting activities such as football, basketball, volleyball, tennis, Paralympics, wrestling, will characterize the camp. He also noted that the campers will also be opportune to go for site seeing and will be exposed to educational programmes as well as handicrafts such as tie and dye.

Meanwhile Pa Faye the idea is to bring Gambian youths together during the summer, build friendship among them and educate them in key aspects which will benefit them even after the camp.

For his part, Abdoulia Faye of NYC said it is significant to train young ones on vital activities at their early age. Faye, however, assured parents that their children will be in a proper care during the camp, saying that an ambulance will be set aside for their health aspects.