The triad should be considered in journalism and…… 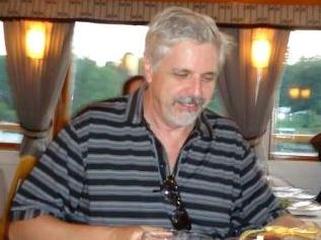 Owen Roberts giving lectures on the ethics of agricultural journalism
Should a publication run advertorials? Is it wrong to accept travel compensation to cover a company’s event?

Owen Roberts the former president of the international federation of agricultural journalists says a triad exists in ethical journalism between the publisher, the advertiser and the reader/listener/viewer.  He says the triad must be guided throughout the journalists’ practice.

Owen made these remarks at a forum that brings together two daughters of IFAJ; Boot Camp and Master Class.

“If the ethics of any participant are off, we have a problem,” he says.

However, he says, when ethics are met between all parties, everyone benefits.

“If the publication has credibility, it’s better for the publisher, as it will be considered honest and ethical,” Roberts says.

“It’s also better for advertisers, because they are advertising in a publication considered to be of high standards. And it’s better for the reader, because the reader is served with better information.”


He noted that journalists must look at ethics first from self, family and community before looking at it from the organisation and the advertisers.


He stressed that there is a great need to consider the readers, listeners and viewers in this triad because they are the ones that give feedback.

Relevant ethical issues varied greatly by participants, based on their home countries.

“We were invited to cover climate change in Mexico, and the trip was sponsored partly by the government,” he says. “I covered it exactly as I perceived it. And when the publication printed, the government was not happy. During the next event, every journalist was invited except for me, so my institution covered the expenses and I went. At the end of the day, I provided the right message.”

The topic of publications “borrowing” stories – sometimes without the writer’s or publication’s consent – is viewed differently, depending on the person and circumstances. Holly Spangler, USA, says sometimes this can be negative for a publication or writer.

“I had written a blog, and one of the American commodity groups picked it up on their blog about six weeks after I wrote it,” she says. “They copied and pasted the writing to their blog, not understanding it wasn’t appropriate. This did not allow the reader to come to our page and get the ‘hits,’ which can benefit our publication. Our content is our product. If it is taken, that is illegal.”

However, Stefan Nimmervoll, Austria, says this practice can be a positive experience for a smaller publication.

“I once had a larger national paper refer to my article, and I thought it was great,” he says. “It provided a little more exposure.”

And for some writers, the reprint of material is the goal, says Nelly Romero Jara, Ecuador.

“We have a group of independent journalists who work for radio stations and publish bits of audio on a green economy, and food safety and security,” she says.

“They want these items to be downloaded. They want their message to be heard, to counterweight large media who gets subsidies from companies that produce agricultural chemicals.”

Regardless of nationality or experience, one idea rang true to all: developing and following journalistic ethics is critical, in order to preserve the integrity of the industry.